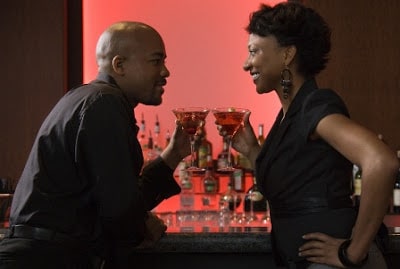 I was recently asked by a friend of mine who had gone through a string of fairly unsuccessful relationships why she can’t meet a black man of substance and stability. She wondered if it could possibly have something to do with race, since she was African-American. I looked at her for a good 10-15 seconds and by then she knew she was in for a lecture. I began by asking her where she was meeting these men? Already knowing the answer I delivered to her in my best elderly Jewish man accent…AHA!!!!!

There are many places to meet black men but she specifically said she was looking for a successful and stable black man, I told her to look for them the same way you would look to meet anyone of quality regardless of skin tone. You may be looking in venues that cater more towards single African-American men but the concept is the same. Stop hoping to meet your Mr. right in clubs and bars, there is a better than average chance that those you meet there are looking more for the short-term adventure than a stable relationship that could lead to more.

The black dating scene is no different from any other ethnic group, and the types of women that black men date are also looking for something special and quite often find that the Internet is a great place to look. Women that are searching for a successful man tend to gravitate towards those online dating sites that cater to those enjoying an above average lifestyle and for black women to meet rich black men they should not only look on mainstream dating sites but especially on those catering specifically to an upscale black customer base.

If online dating sites are not for you then figure out where single African-American men congregate and spend some time there as well. Believe it or not churches are considered a good place to meet upscale and stable people as those with a sense of faith and responsibility seem to be drawn together there. Many of my married friends say they met their future spouse while engaging in their interests outside of their careers such as as cooking or scuba diving classes.

If you are looking to meet successful black men, it also pays to spend time with successful black women as well. People who have reached a certain level in life tend to hang out with those in similar socio-economic groups and many of them have friends or relatives who are also in that circle. Let it be known that you may be available to date and let others who may know you and your interests play the matchmaking game. You never know what can happen!

Why Women Admire Self Made Millionaires