Boost Your Texting Skills With Women

In today’s high tech world having a great smile and a mysterious personality won’t get you as far with the fairer sex as it used to. It now seems that the majority of interaction between men and women takes place on a small screen, compliments of mega-corporations such as APPLE OR Samsung. So, even if you have no problem burning up your Giga bytes of data on apps such as Skype, WhatsApp or Facetime you will still need to boost your texting skills with women in order to break through their personal cyber defenses in order to pursue them. 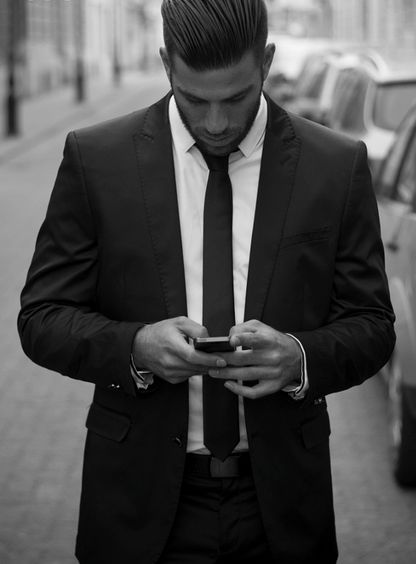 Any man that has tried text messaging women has learned very quickly that what may seem funny or amusing in person can be easily misinterpreted if done without the benefit of facial expressions or vocal fluctuations. That is one of the most common texting mistakes because most people look at what they have just sent through their own mind yet may have no idea how it could be translated into woman speak once you press the send button.

Guys like texting, it’s a plain and simple fact. Not because it is easier or because they are trying to be charming but because in general, Guys are chicken. That’s right, you heard me, for some inexplicable reason guys like text messaging women because most are too afraid to tell a women how they feel while standing right in front of them. Women on the other hand like to text their men for a very specific reason, they can then avoid getting into a lengthy conversation which may interfere with their shopping or girl time. C’mon guys, how many times have you heard a woman utter the phrase, “I just don’t have time for this!”

In order to boost and improve your texting skills with women you really need to follow some important texting tips and avoid making those common texting mistakes. One of the most important texting tips is to remember that most often, less is more. When text messaging women keep things brief, one sentence is really all you need to get your point across, or convey a message. Twitter seems to do just fine with limiting messages to 140 characters so there must be something to this.

Other texting mistakes can include pouring out your heart in a text without the benefit of being able to instantly take advantage of physical clues or contact. Doing this is just a waste of time as the moment passes in the span of time it takes for the woman to take her eyes off of her phone or tablet. Having an argument via text is another of the common texting mistakes, but again since guys like texting they think it will have some lasting effect. It doesn’t, things of any importance are always best said in person.

Text messaging women is easy, saying something of substance is not. Of all the important texting tips that will help boost your texting skills with women the key is knowing when to text and when to go “radio silent.” Guys like texting but usually either don’t know when to quit or better yet, when not to start. In addition to keeping texts short, knowing when not to text is a skill learned by experience. Too many texts and you are needy, too few and you don’t care enough. Hopefully in a short time you can be just like the baby bare of the 3 bear’s fame and eventually get it just right!

How Does A Sugardaddy/Sugarbaby Relationship Work?

« Previous post
How To Be Charming, Charismatic And Confident
Next post »
How To Make Small Talk Work For You