For Shy Men Online Dating Is A Saviour 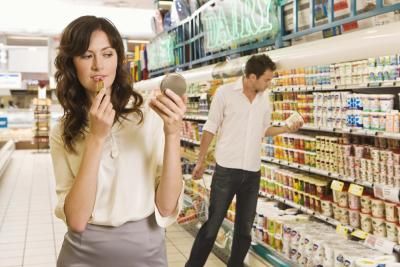 We have all that that one friend that we used to hang out with that was a just a bit more introverted that all the rest of us. You remember him, he used to hide in the shadows and when we would chase girls he would barely utter a word. He had lots of guy friends but when it came to the girls he was…well, lets just say not very successful. Ten years later he may be the CEO of a multinational software company but he still panics when it comes to the dating scene. Fear no more! The Internet is here to save the day!

Internet dating is the answer to the shy guy’s prayers. No more does he have to get traumatized with the thought of actually going over to a woman at a club or nightspot to introduce himself. Now, he just needs to turn on his computer and log in to his profile where he can be as suave as George Clooney or Brad Pitt. Although the use of an online dating site does not automatically mean that you will find the girl of your dreams, or even a date for that matter, but it does seem as though its much easier to be rejected online than in person.

Before we go any further, lets make one important point; if a person is only a slightly better version of Shrek or is so bashful and inhibited that they can barely talk to a woman, even the Internet will not help, as at some point you will have to show up for a real life date. But, if the shy guy and his more confident rivals are similarly ranked in terms of appearance, than online dating can, for a short time become the great equalizer.

Internet dating sites are not the only method a shy guy has to meet women, but the Internet could be the best method to further any interaction with those encountered by other means. If you are really shy when it comes to asking women out, but can muster the nerve to be around them as friends, you are actually in a good position. It could be as simple as volunteering at your church or temple or some sort of group. Once you are in a social setting of some type its much easier to navigate the waters from acquaintance to friend to dating. Not only will you become at ease around the women but these women will also feel more comfortable with you.  Email addresses will usually be exchanged and you may even become Facebook friends. You can then begin the transition from friend to dating master in the relative comfort and emotional safety of your own home.

Women usually feel more comfortable in a group and if you are really shy, being around people you already know will tend to lessen the anxiety. It may also make you look a bit more desirable if there are other women that you already know as friends hanging around you. All these processes are aimed at one goal, not so much to get you a date but to give you the confidence to interact.  The dating part will come easily once you get over the fear and anxiety of speaking with new women. The Internet will give you the venue to Interact without pressure. Just remember, if you do not develop confidence, whether you are online or in a crowed bar, you will undoubtedly crash and burn unless you have enough faith in yourself and set realistic goals