Boyfriend Bad In Bed? You Are Not Alone! 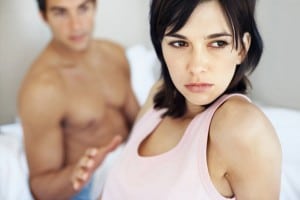 Many women place a large amount of importance in a relationship on the sexual ability of their partner. Most relationships have a passion to them that can ebb and flow like the tides, but there is usually something more that holds the two people together. The physical part of a relationship is but one aspect of it but it can be a very vital part of any relationship especially near the beginning. Whether it will be the end of a relationship or merely something that requires a bit of work, the words “my boyfriend is bad in bed” is not something to be taken lightly.

Possible Reasons for Bad Sex
Almost everyone thinks of sex in one way, the physical act itself. There are however, other parts to sex that can often be the difference between just getting a bit of “release” and that of having an instant and undeniable belief in God and that he created this person just for you. In a relationship the physical aspect can be improved with practice. This is assuming it wasn’t so bad that a repeat performance is actually possible. The emotional aspect can keep people in a relationship even with bad sex or can make decent and good sex seem sublime.

Men’s reasons for bad sex
A young man with more testosterone coursing through his system than he knows what to do with is veritable orgasm machine; this usually means that he is almost always up for having sex. What it does not mean is that he is always into sex…with you. If they are truly into you a young to middle-aged man will be up for it most of the time. If there is emotion and the sex was good but has declined perhaps finding new ways to spice it up a bit is the answer.

Can I fix my Boyfriends bad Sex?
As mentioned above, bad sex can be fixed if there is a deep emotional element to the relationship to keep you together. Without it, bad sex is not worth sticking around for putting in the need effort to change it. Bad sex is usually just a result of lack of practice so figuring out a way to try new things requires either little white lies on wanting to try something different or a direct approach such as stating “Babe, you suck in bed, let’s work on this!”

My boyfriend is not good in bed

Look, if you feel he is just having sex with you to get it over and done with then there are deeper problems. Guys that are great in bed either love you and want desperately to please you, or they have just had so much practice that they may not be the ones that are into having a relationship. Be careful you don’t fall into that category of “the back-up plan.” If they are a bit clingy, very into pleasing you in any way possible but bad in bed, they may be seriously in need of practice. Which should make you wonder why they need so much practice, have they even had a girlfriend before? Once you make the determination that your boyfriend is really bad at sex and the reason for your boyfriend’s bad sex you can decide on a course of action to either fix it or look for someone that can rock your world, both emotionally and physically.