How To Make A Man Want And Crave You

Wanting – a universal feeling that gets us in trouble, most of the time. For instance, drinking, how many times have you ever told yourself : I will never do this again and how many times have you broken that promise?! Shopping, same concept, how many times have you returned these items afterwards?! Men, there is nothing wrong with WANTING a man, the tricky part is to make him WANT you. It seems to me that the question “How to make a man want a woman” is basically “How to be the perfect woman”. Since perfection is subjective, a perfect woman is simply put “mythical” just like “the ivory girl” from the Greek mythology.

One night stands WANT or “till death do us part” WANT.

The first one, pretty much, self – explanatory, the most of the effort put into that one is limited to the physical appearance: shower, dress-up, makeup, all in all that doesn’t take more than 5 hours and don’t forget the proper mindset and of course the body language. Obviously it’s easier when the lady has a certain “je ne sais quoi” that makes her desirable, “Indecent Proposal” anyone? And it works, according to statistics 53% of the women have had at least one, one night stand in their lives.
Making him “WANT” you in that case is easy, especially that the men tend to lower their standards when “hunting” for one night stands.

Triggering the “long term” WANT feedback is a bit more complicated than the above mentioned one. All the rules in the books dictate, do not engage in intimacy on the first “meet & greet”, in my book, if that’s all that he wants it won’t make any difference whether it happens on the first, second, third or any other dates, however finding someone that you have a natural compatibility with would, a touch of mysteriousness if you will. Opposites attract. Well, I think not. That only works for short term dating.

Engage in a daily game play, while you’re apart from one another focused on the daily duties, a texting game perhaps, not saying much but just enough to keep him thinking about you; perhaps a “dirty” note slipped in his pocket by accident so to speak or a naughty selfie. Turn the daily chores around the house in a fun way of entertainment, you know he loves to see you bend or stretch, that messy hair will not be a problem either, neither will the sweat. 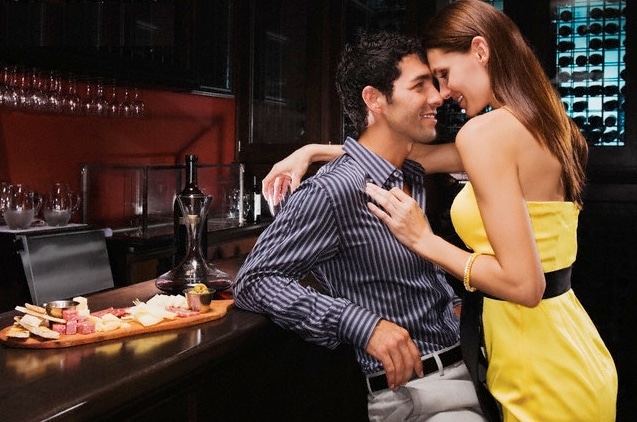 If the gloomy or blue days are upon him, don’t kick him to the curb, support and compliment him, you know he’ll do the same for you if he really cares, it should be mutual. Even though you love hearing your voice, sometimes you just need to shut up and take the time to listen to him don’t just pretend that you are, you’ll be surprised how many new things you might find out about him, you’d be surprised how many things we miss when not paying attention to one another.

Since I don’t remember any books called “How to make a man want you for dummies”?! The intuition, would probably be your best bet.

One more thing, during this process of discovering him do not change yourself, merely cultivate and train certain skills.