The Guy Code To Romance

There are guy’s out there that are giving other men a bad name when it comes to romance. Its not that these guys are mean or abusive, they are just schmucks when it comes to communicating any feelings to their wives or girlfriends. I understand that its easier for some guys to get their feelings across than others, but this is where the major debate arises, its not that there aren’t any feelings of romance within a guy, its just that he has no idea how to express them. It’s for this reason that many relationships go wrong, even though they can so easily can be turned around simply with some thought of how those feelings can and should be expressed.

If you are with someone special you should have already felt those romantic feelings, but also understand romance for guys may manifest itself a bit different than for women. Romance for men or romance for women is more about expressing the feelings that should already exist rather than trying to figure out how to be more romantic. If you need to read a book or blogs for someone else to tell you how you should feel then something is probably wrong.

Once a guy recognizes and acts upon his romantic side it could become a bit habit forming. Romance is fun, so why not keep it up as long as the feelings are there? Have you ever given someone a gift and seen his or her face light up? How did that make you feel? Well, if you are in a sound romantic relationship, you probably felt almost as good as the person receiving the present. So why not keep that feeling going, it could be something as simple as holding a door open to a car with an umbrella on a rainy night, or a beautiful pair of diamond earrings, for the more extreme. The key for most guys who are figuring out how to get in touch with their romantic side is to express those feelings in a manner that will let their wife or girlfriends know that they are always thinking of them. 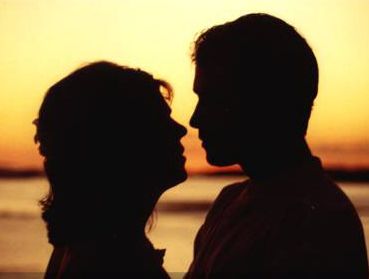 Many guys are romantic but don’t like anyone to know that they are, in their eyes it may make them seem less macho. These closet romantics will display a momentary romantic gesture before retreating back into their tough guy façade. Being a closet romantic is fine as long as the object of your affection sees through the facade, and you make no major effort to conceal your romantic guy alter ego from her.<?p>

Timing is another important aspect of the guy’s code to romance. Romantic gestures must come from a spontaneous outpouring of feelings that are pure and not contrived to cover some ulterior motive. Forgetting your girlfriend’s birthday and feeling pretty crappy about it is not a good reason for romance, as guilt is never a good reason to do anything, it is merely covering for something that should have been done already. Romantic gestures should not be one and done either, they are continuous expressions of how you feel about someone.

Once those feelings begin to wane, and the displays of affection are few and far between, the relationship is usually on the decline. Romance encompasses both passion and intimacy, but it is important to realize that there is a difference between these two. Quite often you will meet someone and the passion burns hot for a short period of time but quite often fades quickly as well. Intimacy is a closeness that takes time to develop and usually can stand the test of time, especially when expressions of romance are displayed on an ongoing basis, but more importantly, as long as romance is felt.

The Right Username Can Get You Numerous Responses And Dates

Confessions Of A Selfie Addict

Where Can I Find A Boyfriend ASAP