Have you ever wondered when you were in high school why the current events teacher focused so heavily on political campaigns at certain times of the year? Or, if you went to Catholic school why the Nuns may have given a few too many assignments that dealt with watching cable news stations during an election year? Even if you were not really into what issues, or candidates were being discussed, you still were forced to watch. Which now brings us to why would they make excitable red blooded kids watch such things? They had a theory that we didn’t know about back then…Does watching politics kill your sex life? 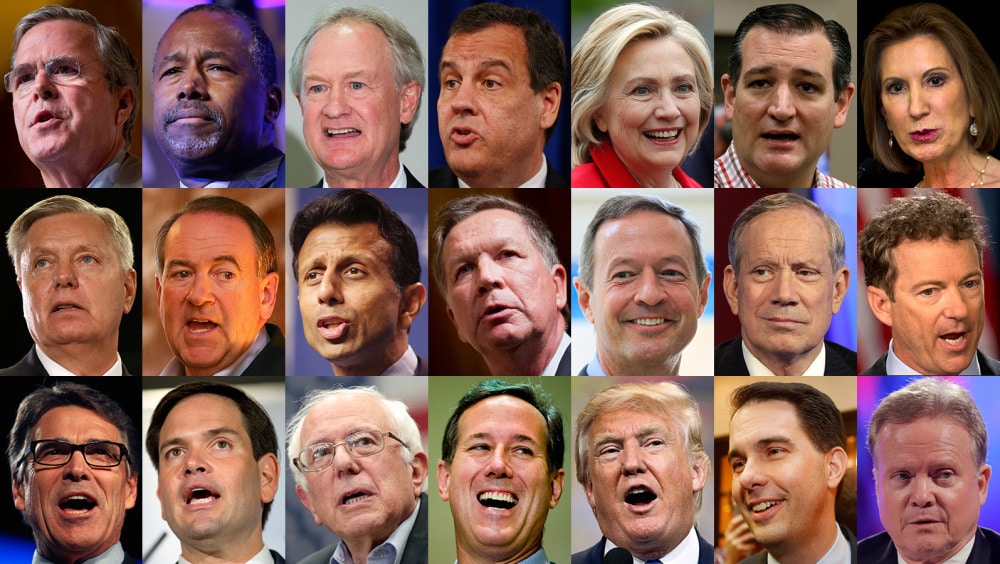 Now let’s skip ahead a decade or two, and knowing now what we didn’t know then probe into the concept of whether or not watching politics can kill your sex life. The answers are right in front of us if we can just associate what we observe to fluctuations in our libido

I mean let’s be serious for a second, can you honestly say that watching Hillary Clinton give a speech doesn’t have the same effect on your sex drive as a jump in a cold lake? Can listening to Donald Trump telling us why he is great at everything not make you want to bang your head against the wall and pass out? These are just some of the cold hard facts that prove that watching politics can kill your sex life.

When it comes to moment killers, politics is right up there with that commercial on television using the sad music depicting puppies and kittens in cages hoping to be adopted. Let me put this another way, you are watching television in the bedroom with your partner and you have your choice of listening to Bill O’reily from Fox News talk about Hillary Clinton’s role in some possible scandal, or….watching some of the more tawdry episodes of ‘Madmen.’ The vote is in and it’s a no brainer, although politics and shows like “Madmen” or Sex in the City” are both filled with fantasies.

Does politics kill your sex life? The answer is a resounding ‘oh hell yes’! Maybe not so much as a cold shower, or finding out the girl you’ve been making out with all evening is really named Brian, but listening to political commentary can definitely put a damper on the evening.

So how do you avoid losing interest in sex when everything on television is geared towards the upcoming presidential elections? Well, the real question should not be about spending time wondering if watching politics can kill your sex life, the real question is why if you have someone willing to have sex with you, are you watching television in the first places. Keep your eye on what is really important and get naked!