Long Distance Relationships – Should I go or should I stay? 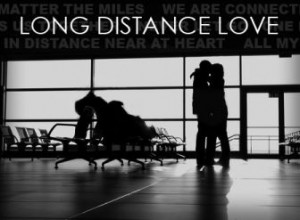 Long distance relationships are never easy and they will strain even the best of relationships. The smallest speed bumps may seem like Mount Everest when you are hundreds of miles away from the one you want to be with. So then the question eventually arises should I, or my partner, consider a move to the other’s city so we can be together? Sounds like a relatively simple question, right? Well, the truth of the matter is that it can be one of the most unsettling experiences in your life, and that’s not even from the move itself, just the thought of it! So how does one know that they should consider picking up their current life and moving to another city? Here are some factors and advice that a person should consider before making such a transition. 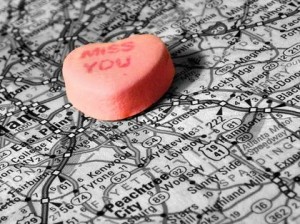 One of the most significant indicators of when a long distance relationship should become a same city relationship is length of time. If you have recently met someone on a vacation to some tropical beach and you live in New York and they live in Texas, short of fireworks and baby cupids flying over your heads when you kiss, there is no reason for either of you to make a life altering decision to relocate at this time. One of the greatest blunders a new couple can make is mistaking desire and lust for a true relationship with potential. Moving too quickly concerning a long distance relationship is a recipe for failure, as you still don’t know enough about each other to make a life changing decision. If the two of you are meant to be together, you can both wait just a bit longer without worrying about the actions of the other. 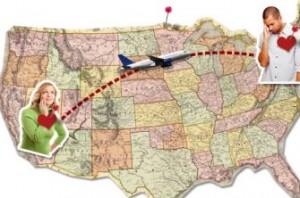 Another important factor in determining whether it is feasible for you to make a move in order to change a long distance relationship into a same city one is what type of job or career you currently have. If you work for yourself via the Internet such as a stock trader or as an online consultant, the move would be much easier than a person who needs to be at a brick and mortar office on a daily basis. Most of the time your career determines your place of residence more than you do. There are however those larger companies that have many offices nationwide which could make a move much easier. The bottom line is that you may have spent a lot of time and effort getting to a point in your career that would not transitional well to a move and to start fresh may cause issues and resentment. Your partner may be having the exact same concerns as you about their career as well. 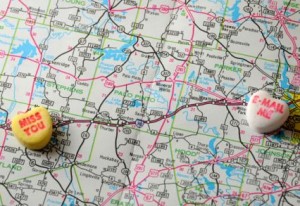 For those who are already well into their careers there are also those that may be still be attending various universities and have not yet found their career paths. This does not make the move from one city to another any less difficult, as like large companies, universities may be on opposite sides of the country and just as difficult to transfer from one to another. The positive aspect of being a college student involved in a long distance relationship is that age is on your side. It is much easier for a young person to delay a relocation decision as they have more than likely not yet invested much time into their chosen fields of occupation. Young people for the most part are mostly concerned about their own careers, this bit of selfish or “me first” attitude may make any relationships take a back seat for the moment.

Relocation to a new city to be with that special someone is a great plan if you truly feel the potential of a long-term relationship is there, but consider what you may be leaving behind. We have mentioned jobs and school, but what about the people we leave behind? What family are we leaving? Do you have older parents that need you? Do you have brothers and sisters that may only get to see you occasionally on holidays? This is an issue that you must give serious consideration and seek advice as moving to be with someone you may love may cause more heartache than letting him or her go.

« Previous post
Do you know how to choose romantic food?
Next post »
Millionaire Matchmaker Will Find You A Rich Sugar Daddy